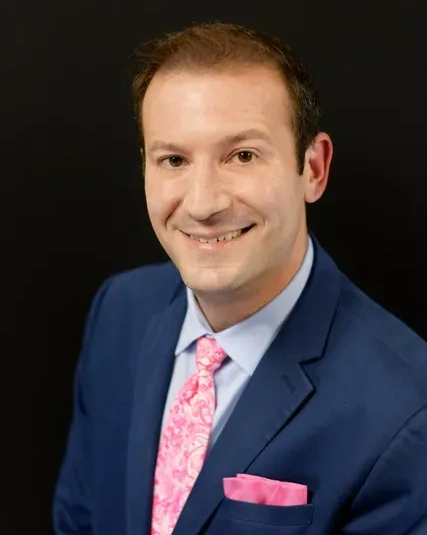 What do the results of this study mean for a practicing clinician?

“Although more research is needed on clinical correlates of bipolar disorder with mixed features, the results of this meta-analysis suggest anxiety, rapid cycling, and suicidality are characteristics that may be more common in this patient population.”

Diagnostic criteria for mixed episodes were updated as the new specifier for mixed features in DSM-5. The DSM-5 update has potentially significant consequences for the diagnosis and treatment of mood disorders, especially since systematic data are lacking on the clinical characteristics of those with mixed features with bipolar depression and mania.1

Identifying sociodemographic and clinical characteristics based on the new specifier criteria would help inform prognosis, course of illness, and appropriate treatment for this subset of patients.1

The authors carried out a meta-analysis of observational studies identified using the Medline, Embase, and PsycINFO search platforms. These studies, which were published between 2015 and 2017, evaluated the relationship between the clinical characteristics and the criteria outlined in the DSM-5 mixed features specifier for patients with bipolar disorder. The 8 studies included in the final analysis evaluated 3,070 individuals (1,495 with a depressive episode and 1,575 with a hypomanic/manic episode).1

Of the 8 studies included in this analysis, sample sizes ranged from 92 to 1,035 patients. Three studies looked at those with mixed features in both depressive and manic/hypomanic episodes; the rest included those experiencing either depressive or manic/hypomanic episodes. The psychometric scales used to measure symptoms varied across studies. Thirteen correlates of sociodemographic (age, gender, marital status, and employment) and clinical characteristics (age at onset, index episode symptoms, family history of bipolar disorder, rapid cycling, history of suicide attempts, comorbid substance use disorder, comorbid anxiety disorders, psychotic features, and antidepressant) treatment, were assessed.1

The authors identified associations with employment, suicidality, and anxiety. However, they did not identify differences across age of disease onset, symptom severity, family history of bipolar disorder, comorbid substance use disorders, co-occurring psychotic features, and current antidepressant treatment.1

Subgroup analyses based on the index mood episode showed that sociodemographic and clinical associations were specific to those with manic/hypomanic episodes, whereas there was no association with these clinical characteristics in patients who experienced depressive episodes, apart from the likelihood of being employed.1 However, those with mixed features with bipolar mania were less likely to report a family history of bipolar disorder.1

Mixed features among individuals with bipolar mania were also associated with less severe manic symptoms in their first manic/hypomanic episode than those without mixed features. However, they were significantly less likely to report a history of suicide attempts, comorbid anxiety, and rapid cycling.1

This is the first study of its kind to reveal that patients with bipolar disorder with mixed features represent a subclinical population with specific needs. Despite the lower severity of manic symptoms, these patients require additional management for a rapid cycling course, suicide attempt prevention, and appropriate treatment of comorbid anxiety disorders.1

The study also found that those with ‘mixed depression’ had similar sociodemographic and clinical characteristics as those without mixed symptoms (apart from the likelihood of being employed). The authors were surprised to learn that mixed features were not related to clinical factors that would negatively impact clinical course and disease prognosis; this would include rapid cycling, suicide attempts, substance use disorders, anxiety, or psychotic features. This finding was unexpected, as those who have major depressive episodes with manic features are thought to have a more severe disease state than those with “pure” depressive episodes.1

These findings also shed light on the role that depression may play during a manic or hypomanic episode, possibly by mediating a “switch” from mania/hypomania toward depressive symptoms. The inappropriate use of antidepressants could be a possible factor for this transition as their use in bipolar disorder can induce both mixed states and rapid cycling.1

It’s important to note the limitations of these findings. A meta-analysis compares results across studies; however, all studies used different methodologies and study populations, making it difficult to obtain consistent and comparable data for the variables analyzed. Furthermore, the small number of published studies available to the authors limited the breadth of this analysis, as meta-analyses are restricted by the heterogeneity of variables assessed across different studies and how they are measured.

In this specific analysis, the authors were also unable to determine the contribution of antidepressant treatment, symptoms of aggression, comorbid personality disorders, and mood episode recurrence to these findings. Specifically, antidepressant treatment could significantly impact mixed symptoms.1 Additional variables, including age of onset, family history of bipolar disorder, suicide attempts, and psychotic features, also differed across studies. Furthermore, unpublished data from some of the studies, which were not provided by the authors, could have greatly affected the statistical findings. Finally, due to the low number of studies included, a statistical evaluation of potential publication bias was not possible. It is therefore very important to take these factors into consideration when interpreting the results and applying them to clinical practice.1

To validate and expand on these findings, further research should examine other sociodemographic and clinical characteristics to determine possible additional correlates in people with bipolar disorder with mixed features according to the DSM-5 criteria. Although this study did not identify clinical characteristics in those with depressive episodes, it is possible that relevant factors were not available in the data collected. Ultimately, additional research can help inform whether certain disease management and treatment approaches may be more effective for certain subsets of patients.1

The author’s declared no conflict of interest. This summary was prepared independently of the study’s authors. The content presented here is provided for educational purposes only. It is not intended as, nor is it a substitute for medical care or advice. Healthcare professionals should use their clinical judgment when reviewing educational resources on NP Psych Navigator.