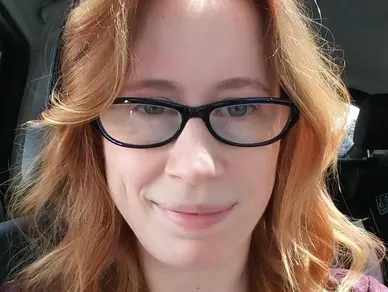 What do these results mean for practicing NPs?

“STEP-BD has generated crucial data on treating bipolar disorder, given us tools for integrating collaborative care in practice, and renewed interest in researching treatments and improving clinical care for bipolar patients. Large research programs like this build a pragmatic framework that will enrich studies for years to come.”

People with bipolar disorder face a challenging course of illness, with limited treatment options that can help manage their symptoms during different mood states. Although depressive symptoms can co-occur with mania in up to 40% of patients, manic symptoms during bipolar depression are common and can be recurrent. Treating patients with mania symptoms during depression poses a difficult challenge for providers, as practice guidelines recommend against antidepressant use. While some guidelines have proposed the use of mood stabilizing medications for bipolar depression, at the time of this paper limited data were available regarding the efficacy of this approach.1

Concomitant treatment of a mood stabilizing medication and an antidepressant could potentially address bipolar depression with subsyndromal manic features. However, in addition to the limited data available from which to evaluate this strategy, the field is also lacking identifiable factors or prognostic variables that could indicate which patients could benefit from an adjuvant antidepressant. A thorough assessment of the efficacy of combination antidepressant use in patients with bipolar depression with subsyndromal manic features could provide great insights into an appropriate therapeutic approach.1

This study enrolled patients who were a part of the larger National Institute of Mental Health (NIMH) Systematic Treatment Enhancement Program for Bipolar Disorder (STEP-BD) program. STEP-BD, which included over 4,000 patients across 22 sites, is the largest study to evaluate bipolar depression in patients 15 years or older. This 7-year study evaluated the efficacy of medications and medication combinations to treat episodes of depression and mania; the study also looked at the effect of these medications on preventing recurrent episodes.1-4 STEP-BD is a large program consisting of multiple studies using both naturalistic and randomized treatment assignments.1,2

In this particular analysis, the first 2,000 patients who enrolled in the STEP-BD for naturalistic treatment were eligible. Of this group, 335 met the following inclusion criteria: (1) patients who were experiencing a full depressive episode with 2 or more manic symptoms (based on the DSM-IV criteria) and (2) patients were being treated with a mood stabilizing agent and/or an atypical antipsychotic at first clinical assessment.1

Of these 335 patients, 145 received an antidepressant and 190 did not receive an antidepressant either prior to enrollment or at study entry. Baseline symptoms were assessed using the Mini-International Neuropsychiatric Interview and Affective Disorders Evaluation. They were also evaluated for the DSM-IV mania and depression syndrome criteria. Baseline analysis included interviews using the Clinical Monitoring Form; these ratings were also collected on a quarterly basis and included information regarding treatment adherence. At follow up, the severity of manic and depressive symptoms was assessed using the Young Mania Rating Scale (YMRS) and the Montgomery-Åsberg Depression Rating Scale (MADRS).1

The primary outcome of the study was a status of “recovered” or “recovering” based on a pooled endpoint status defined by the original STEP-BD protocol. “Recovered” or recovering” as a composite endpoint had previously been used to evaluate short-term outcomes in other studies of patients in STEP-BD. “Recovery” was defined as the presence of 2 or less affective symptoms for 8 or more weeks, which reflects the DSM-IV criteria for partial or full remission; patients who remained at this level of symptoms for 4 or more weeks were considered to be “recovering.” The designation of “recovering” was used as an intermediate clinical status to indicate significant improvement, and recovery status was assessed 3 months post study entry.1

What were the main results?

Based on Kaplan-Meier survival analyses, there was no difference in time to recovering/recovered between patients who received an antidepressant and those who did not receive an antidepressant. The authors used a Cox regression model to identify variables associated with the likelihood of a patient meeting the primary outcome at 3 months. This model revealed that lower MADRS scores at baseline were associated with a higher likelihood of recovery.1

Despite these important findings, this study has limitations that should be considered when applying the findings to clinical practice. First, the observational nature of the study, as well as its naturalistic design, cannot reveal insights into why providers did or did not prescribe antidepressants to certain patients. This limitation therefore restricts the ability of providers to use these data as guidance for prescribing decisions. In addition, it was not possible to determine if those who used of antidepressants prior to study entry represented patients with a higher burden of illness or those who were treatment resistant. Additionally, other unmeasured prognostic variables could have impacted these findings as well.1

This study provided important insights into the treatment of patients with bipolar depression with subsyndromal manic features. However, as outcomes were assessed during a short time period of 3 months, further research should focus on longer-term effects of antidepressant use. In addition, randomized controlled trials directly evaluating the efficacy of mood stabilizers with antidepressant properties compared to traditional antidepressant treatment in bipolar depression patients would be very helpful.1

The DSM-5 was published in 2013 after this study was published in 2007. As this version has updated criteria regarding mixed features, additional research using this version’s specifications may provide more relevant data for providers to guide their clinical practice. Additionally, newer medications for both depression and bipolar disorder that have been approved since this study should be evaluated within a similar framework to determine if they may provide benefits.5