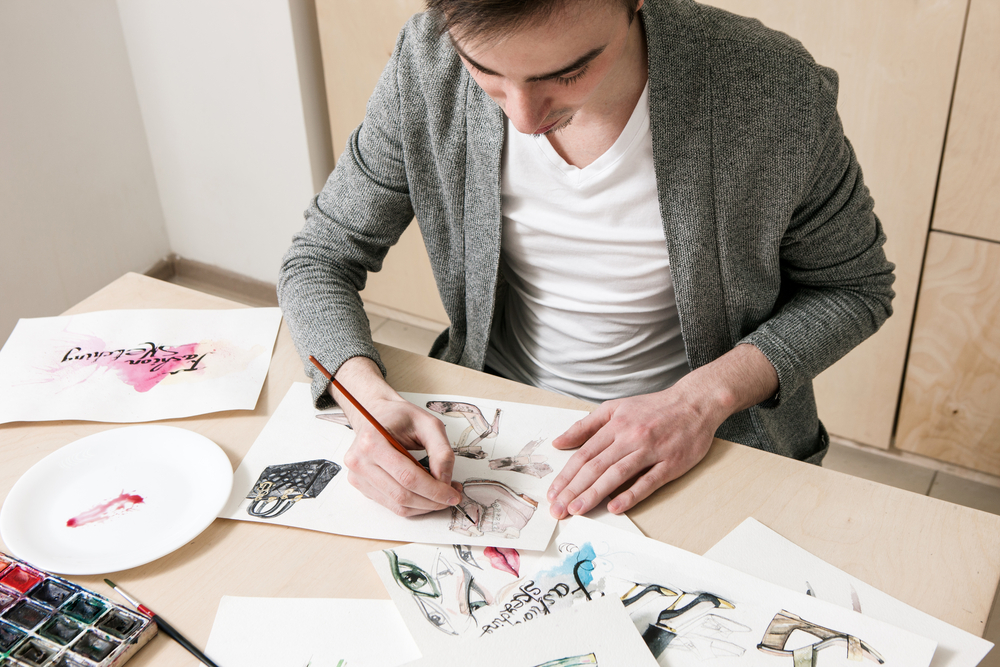 Not an actual patient. For illustration purposes only.

Simon is a 26-year-old man who works as a children’s book illustrator. He presents with hallucinations, disorganized speech, and flat affect. His sister Sarah accompanies him.

When visiting her brother from the UK, Sarah found that Simon’s usually neat apartment was covered in trash and there were drawings all over the walls. When she asked him about it, Simon tried to explain that the characters he was drawing started leaping off the paper and he had to sleep outside sometimes to get away from them. He also seemed very depressed. Sarah could not convince him that his visions were not real.

Prior to this incident, Sarah explained that Simon sometimes felt down but had not exhibited these behaviors in his past. He attended art school and had been at the same job for several years. When asked about his visions, Simon noted that they started about 6 months ago. He stopped going into work 2 months ago and hasn’t been showering regularly.

Simon also reports that he heard voices that told him he was a failure and a terrible artist. At first the voices were faint and he could ignore them, but over time they grew louder and invaded his mind all the time. He denies any drug or alcohol use but started smoking cigarettes when the visions started. Simon also said that he hadn’t seen his friends in a while because he was afraid that they hate him.

A review of Simon’s medical history revealed that he is being treated for obesity and diabetes, but he has not been taking his diabetes medication regularly. His diet is also poor, and he is not eating regular meals. Simon doesn’t believe that he is sick and doesn’t want to take any medications.

Sarah noted that no one in her family had a history of mental illness to her knowledge. She is very concerned about Simon’s health and safety and is planning to take a leave of absence from her job to take care of her brother.

After careful evaluation of Simon’s symptoms and medical history and exclusion of other possible disorders, he was diagnosed with schizophrenia.

Based on the information provided in this case study, test your knowledge about screening Simon for schizophrenia and other mental health conditions by taking the quiz below:

A career as a psychiatric nurse practitioner can be replete with challenges and opportunities. The NP Psych Navigator Spotlight is your chance to learn more about NPs who are working to advance the profession and mental health in general. In the second installment of this series, we profile Tony Amberg, MSN, APRN, PMHNP-BC.

A career as a psychiatric nurse practitioner can be replete with challenges and opportunities. The NP Psych Navigator Spotlight is your chance to learn more about NPs who are working to advance the profession and mental health in general. In the fourth installment of this series, we profile Samantha Lau, MSN, FNP-BC, PMHNP-BC.

A career as a psychiatric nurse practitioner can be replete with challenges and opportunities. The NP Psych Navigator Spotlight is your chance to learn more about nurse practitioners who are working to advance the profession and mental health in general. In the fifth installment of this series, we profile Jeremy Schreiber, MSN, PMHNP-BC.